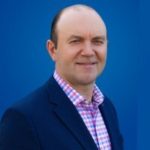 Darren commenced his career working within the Audit Division of International accounting firm Deloitte where he worked in both Australia and the USA for ten years. Darren then spent his next 13 years working at large companies, including a ten-year stint at Skilled Group Limited (previously an ASX Listed entity), where he worked in Senior Finance roles both at Head Office and within their business units.

More recently he worked for over 12 years at the ASX Listed retailer The Reject Shop Limited (ASX: TRS), most of which he spent acting as both CFO and Company Secretary. During his time at The Reject Shop Limited he was involved in two significant capital raises, the most recent being a $25 million raise completed in February 2020, undertaken to re-capitalise the business.